From Vivero via The Azores and Lisbon to Seville 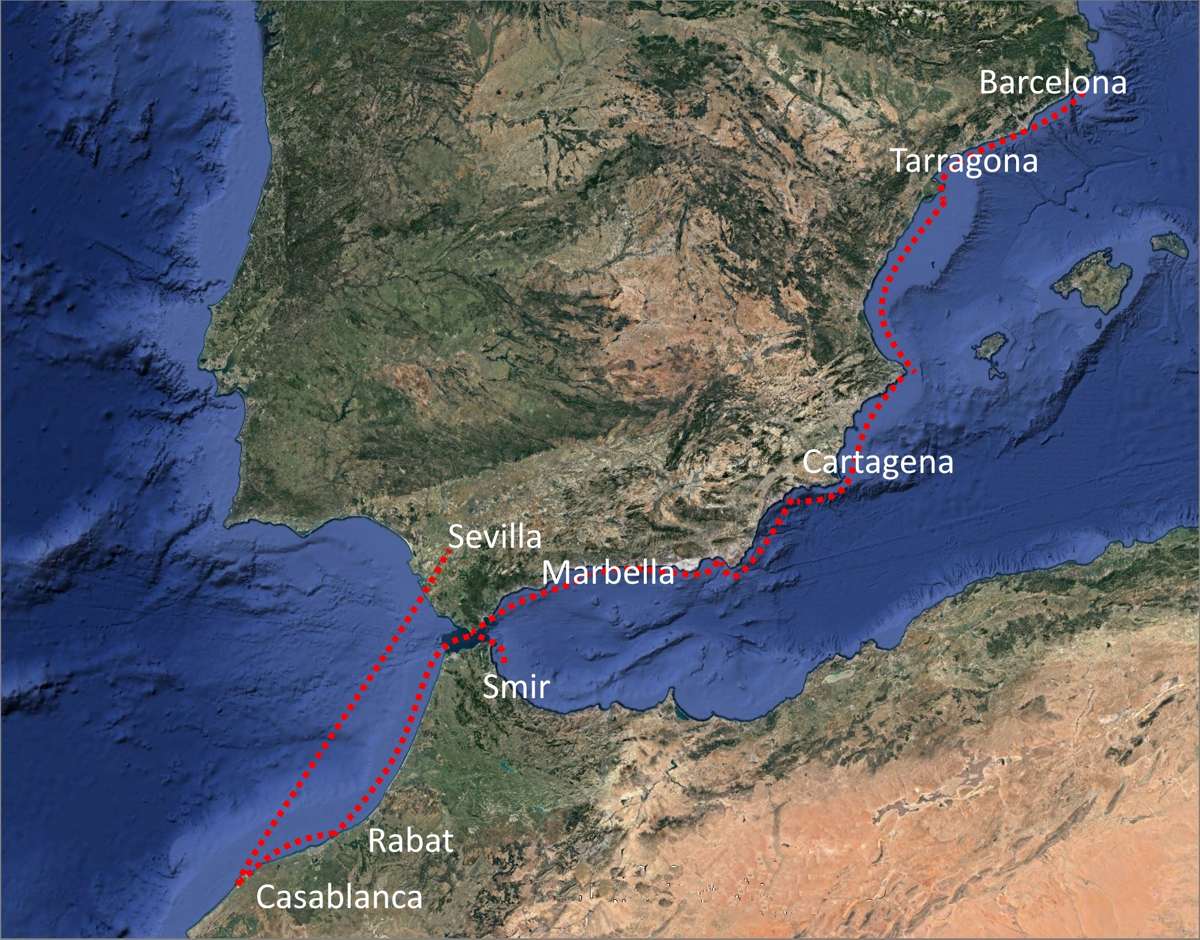 Galicia
(all video-inks opens in new window on Danish language webpage)
As planned we arrived in Viveiro mid March and by the end of the month we started the sailing season. The Rias Altas and the stretch between Viveiro and Cabo Finisterre is a pretty open cruising ground with few safe anchorages that are sometimes difficult to approach (but worth while the effort.)  Contrary to this, the Rias Baixas are a well protected, beautiful and friendly cruising ground in its own right. Seen in perspective (2017) it's may be one of the places we would like to reurn to more than any other. Many protected ancorages small islands and towns with local fiestas (just look at theese two videos from Villagarcia: A hilarious Portugeese brass band  and celtic bagpipes at a 'meadieval' fair).

Galicia and the Azores are most certainly a places to which we would like to return some day. Very different yet similar from the point of view that they are untouched by mass tourism. The problem with the Azores of course is, that they are reasonably far away and that traditionally they are associated with few modern yachting facilities. This is not true to day though, where there are god marinas with all facilities on 7 of the nine islands (we visited 6 of them). Everybody have asked us which island we prefer: To us the combination of Saõ Jorge (nature and trekking island) and Terceira (party island) only 55 nm away is an unbeatable combination.