From Barcelona to Sant Carles via Mallorca & Menorca 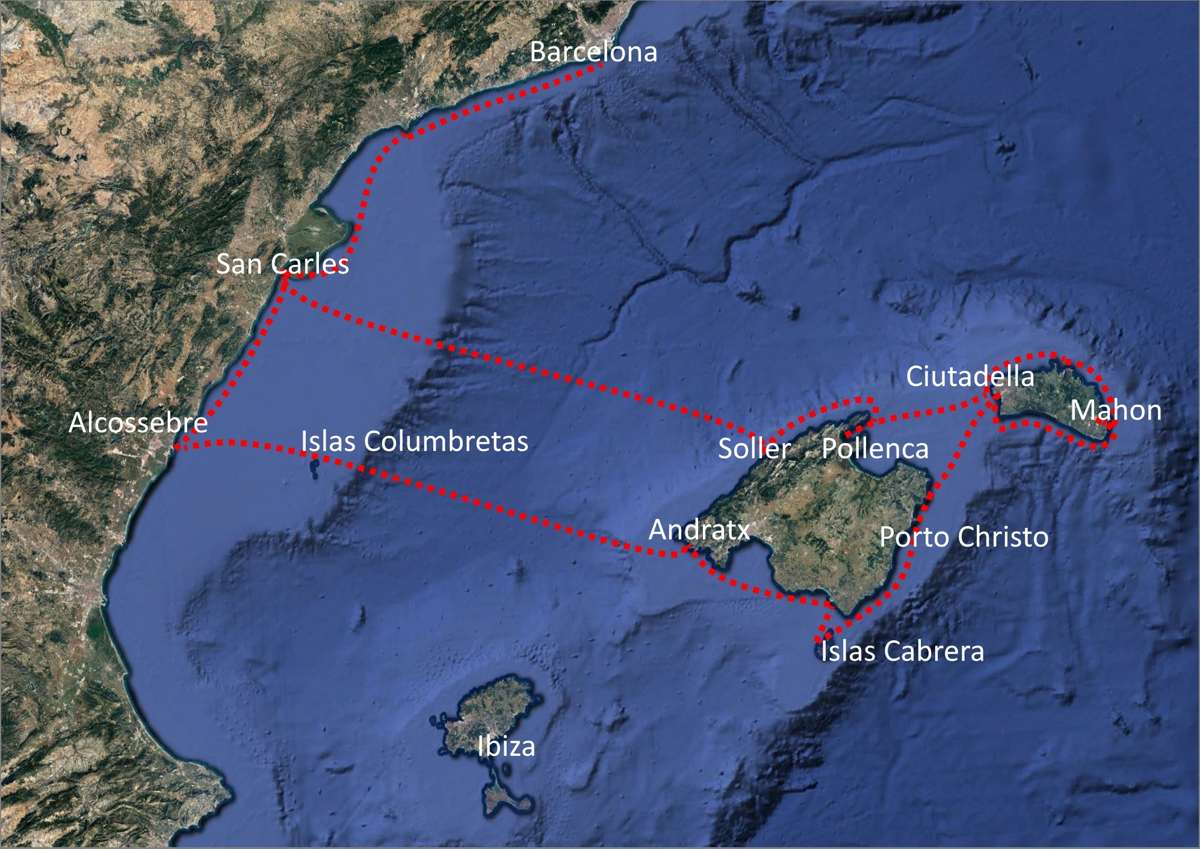 A short account of 2013:
After leaving Barcelona in early May we continued along the coast southwards and visited Sitges (nice but extremely expensive even in May, €45), Sant Carles (Spains largest Medeterrenean fishing port watch video from the auktion) and Vínaros (which we like a lot). In both places we spend quite some time as we wanted to visit some small volcanic crater-islands just 30 nm from the Spanish coast (Islas Columbretas), something that requires a reasonably stable weather. May however, in 2013 was extraordinarily unsettled and windy, thus we did not get away from the Iberian coast until early June.

Particularly the stay in Sant Carles did influence our further plans, as we met several nice people with whom we had a great time (more pictures from Sant Carles 2013 and 2014 at our Danish language website) there and we decided that it would be a great place to spend a winter.

From Islas Columbretas Mallorca, Isla Cabrera and Menorca. We have to be honest and say that particularly Mallorca it did not quite live up to our expectations. Lots of tourists (not a  surprise), expensive (not only marina dues but in general +30% as compared to Spanish mainland) and may of the nice anchorages that we have experienced has been quite unsettled and uncomfortable due to swell. But worse of all I did not getting my 'social gene' sufficiently nourished, something people who know me will understand. It did help though that we have had a couple of friends down here for a forth-night and one more a couple of weeks later. Cabrera and Menorca were nice though, and we particularly liked Cituadella (second city of Menorca).

Early August we returned  to Sant Carles where we got Troldand firmly ashore and went back to DK (via Bristol with a stop in Wales doing a bit of trekking in Pembrokeshire with a friend of ours), and once back in DK in mid August we enjoyed some Danish summer before going to Indonesia and Cambodia for two months. We expect to be back in Spain mid March, but have not yet decided what we will do the coming season of 2014: Homewards via French canals or further east towards Sardinia, Sicily and Greece. Only time will show so: look at 2014.

A small selection of pictures from 2013: