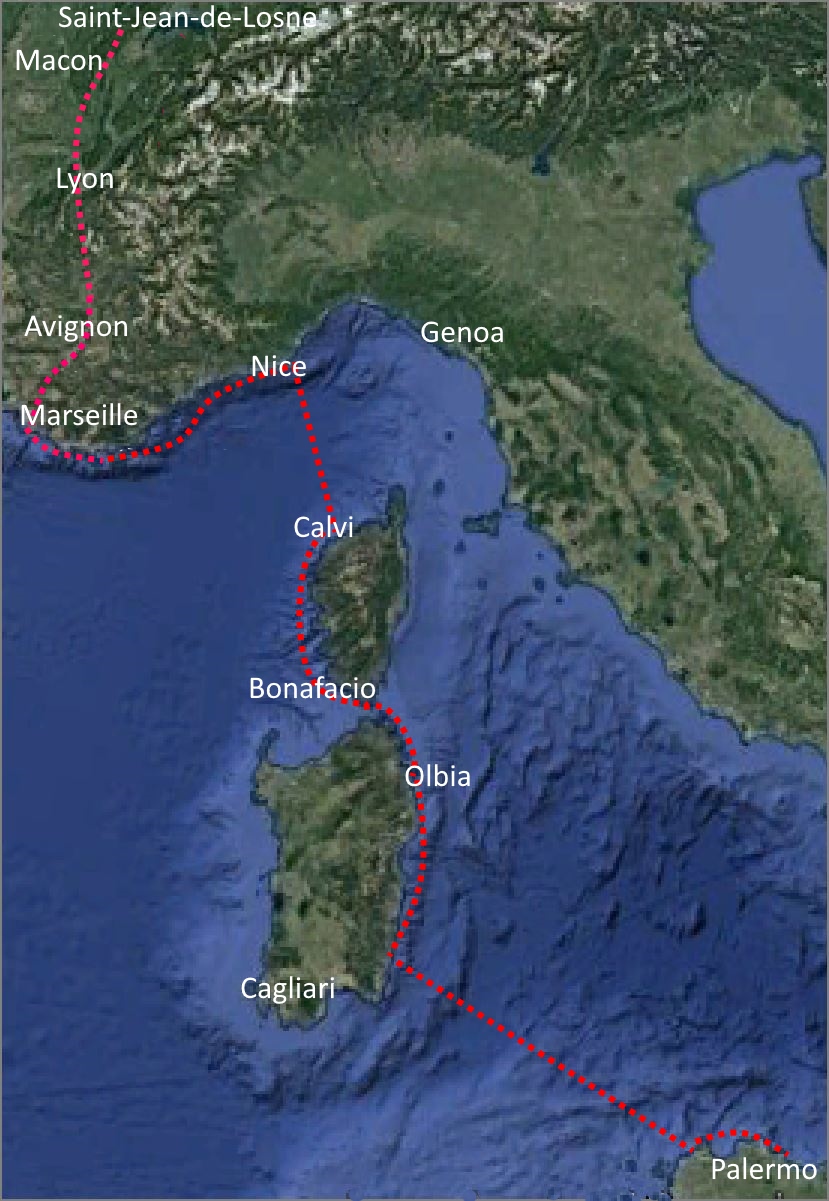 After an eventfull winter in Palermo our further whereabouts brought us from Sicily 'back' to Sardinia and along the east coast of that beautiful island to the Maddalena islands. Unfortunately the weather in April and most of May was very cold and wet, once we even experienced 36 hours of continous heavy rain. Once through the Strait of Bonafaccio weather improved and we had a nice cruise along the Corsican west coast crossing over to mainland France from Calvi to the excellent protected bay at Villefranche sur Mer. Subsequently June was devoted to Côte d'Azur visiting Nice, Cannes, Antibes, Issambre de San Peire, Porquerolle, Bandol and Marseille. Finally Port Napoleon at the mouth of the Rhone where we demasted. Mast and rig being shipped with a haulage company to Travemünde (to be picked up next spring).Troldand on the other hand was made ready for the long motorsail up Rhone and Saone to stay over winter in Saint-Jean de Losne, before returning to Denmark in the spring of 2019.

Pictures from venturing up the Rhône & Saône