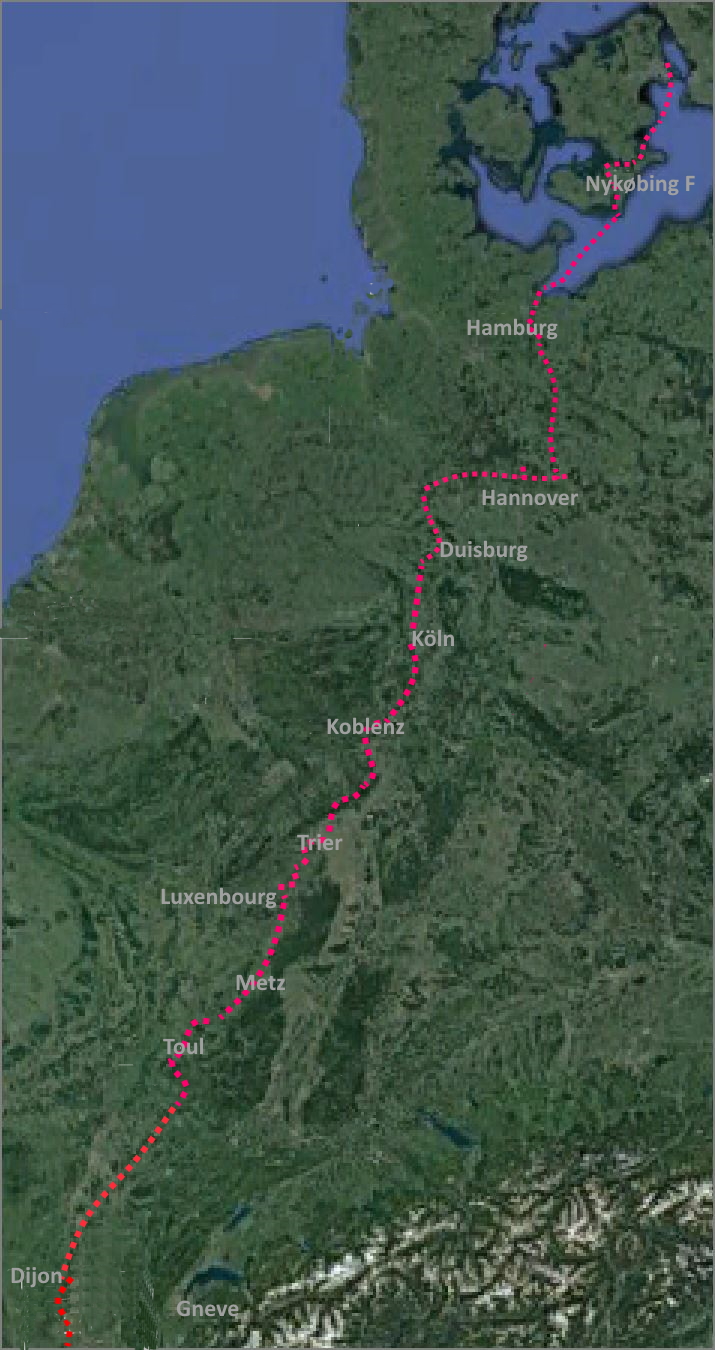 Our last season away from Danish Waters. Leaving Saint Jean de Losne mid April continuing up the Petite Saône and further through the Canal des Vosges (Canal de l'Est). Water levels in the canals were pretty low even here at spring time, and Canal des Vosges, that usually allows a draft of 1.80 m was reduced to 1.60 m (and at some stretches it was certainly less). However, with our swing-keel it did not really bother us; another Southerly advantage.

A scheduled one week closure of the Mosel River (annual maintenance works) was spend in Konz (near Trier). This break gave us great opportunities to explore Trier the surrounding Pfalz and Saar on our Bromptons. Further on down the beautiful Mosel and Rheine to Cologne (Köln) and Duisburg.


After the beautifull Mosel and powerfull Rheine on to the German canals systems: Ie. the more tedious strech on the Rhein-Herne-, Dortmund-Ems, Mittelland- and Elbe Seitenkanal to the river Elbe. And finally via Elbe-Lübeck-kanal to the Baltic where we spend some days in the beautiful old 'Hansa' town of Lübeck. Finally the last 10 nm to Travemünde where we were united with mast and rig and back in Baltic waters after almost 10 years.